Are the effects of big tech a friend or a foe to small businesses like yours and mind? The short answer: it's likely both. It's not a level playing field. 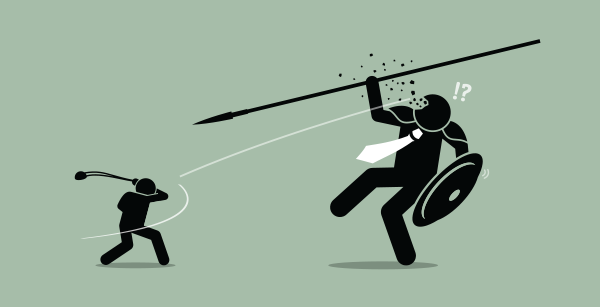 Are the effects of big tech a friend or a foe to small businesses like yours and mind? The short answer: it's likely both. As we said in our recent post about Amazon and Small Businesses, you can still have a chance at winning. But, it's a little unfair since the people that you are playing against make the rules for the game.

Playing Football with the Referees

Working with Amazon, Facebook and Google is a bit like playing football against a team that not only own the refs but can also change the rules of the game in the 4thÂ quarter. Against those odds, it's hard to win. That's why it's not surprising that these digital goliaths are facing congressional scrutiny over their business practices. But tech is taking over, so you will need to learn soon.

Many readers may not remember a browser called Netscape. It dates to the 1990s with Microsoft maintaining control where they had no rights. It was using its market dominance to push out Netscape by auto-installing Internet Explorer on all PCs that ran the Windows platform. Microsoft was hit hard by antitrust litigation, congressional scrutiny, but most importantly, European Union scrutiny. The EU took the lead, but by the time action was taken, Netscape was dead. However, one has to wonder if Google Chrome or Google itself would have stood a chance of survival if the Microsoft antitrust actions hadn't been taken.

Congress is starting to seriously look at how these companies impact the competitiveness of small businesses. They are holding a hearing to explore the possible harm these companies have done to small businesses. The questions surround the effect of the mega tech firms have on smaller companies. They want to know if small outlets are disadvantaged when competing directly with internet giants or try to promote themselves on their sites.

Look, it's like going to Las Vegas. The house has the advantage in any game you play. In some games, it's more than others. Antitrust laws are meant to make the odds 50/50. But, rarely is it ever so. Knowing that you are playing against the house, it wise to play the games with the best odds. Thinking the odds are equal across all the games is best way to lose a lot of money. If you're paying attention to market trends, you'll notice that it's best to alter your game so you can play where you do not directly compete.

The Cause and Effect of Big Tech Changes

It's likely that Congress will find some embarrassing details that will shame the companies for a while. There's enough fodder. Amazon's treatment of 3rd party sellers is responsible for E-Commerce failures. AmazonBasics acting like a digital private label. Google and Facebook playing favorites with the ads. I'm betting they'll find something. But, will it amount to a lasting change or just a PR hit. My money is on the latter. It's much easier to look like you are trying to solve a problem that to do it.