The Amazon Monopoly: What Research Shows 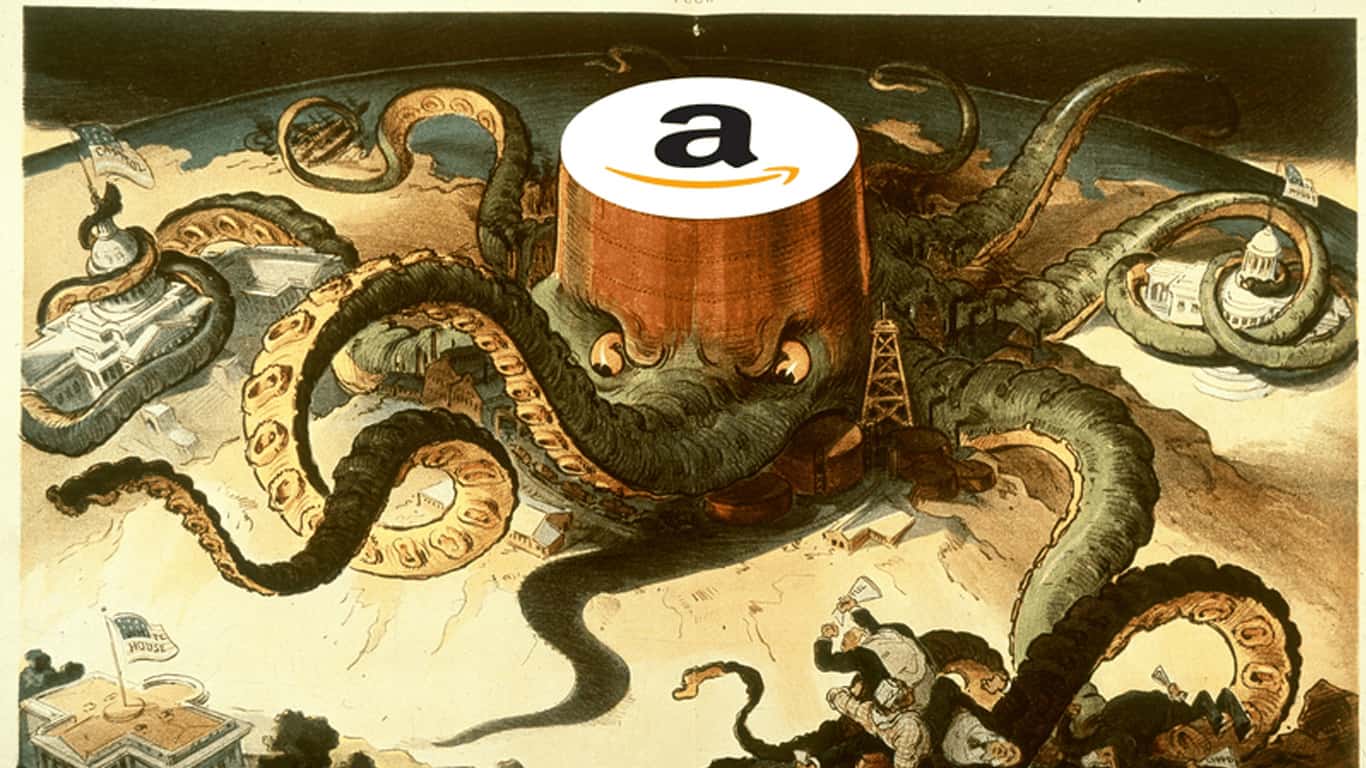 We talk about Amazon a lot, and for good reason too. It is so important for e-commerce businesses. But we have to think about Amazon and how it is very comparable to a monopoly in 2020.

It reminds me of that Wizard of Oz line: “Pay no attention to the man behind the curtain”. Amazon is an amazing success story. Jeff Bezos has done some incredible things, and he’s has been widely successful. That said, the question remains, is Amazon a monopoly? Is it playing fairly with its small business partners? At what scale do the tactics that made you successful become problematic? We cover these question and more in this blog post.

So: Is Amazon a Monopoly?

That term gets misused quite a bit in everyday language. So, let’s look at the definition. The classic definition of a monopoly is “Monopoly is a control or advantage obtained by one entity over the commercial market in a specific area”.

The SEC states, “The antitrust laws prohibit conduct by a single firm that unreasonably restrains competition by creating or maintaining monopoly power”. In plain English, are they fixing pricing, excluding competition, and/or using their dominance to shape the market so that it creates a permanent tilted playing field?

So, one could argue that there is a case because Amazon is in direct control of Amazon Market Place and Amazon Web Services. It sets the rules, the prices, and probably, whether consciously or unconsciously made the platform so that it works to their advantage.

Is Amazon Violating the Antitrust Laws?

By owning a large share of the online market, is Amazon acting like Microsoft with Windows? That’s the question being debated today. So what is this trend we are seeing in technology?

Amazon says it isn’t a monopoly

Amazon commissioned a survey stating the small businesses see revenue growth from selling on Amazon and don’t rely solely on Amazon for online sales. In that survey, Amazon reported:

But one thing is key here: the Amazon survey about whether it is a monopoly was commissioned by Amazon!!!

Why a case could still be made…

While these may be true, it’s problematic on two fronts. First, just because someone is growing doesn’t mean that the market leader is acting fairly. The real question is could the company being growing faster if the non-competitive activities were not in place?

There are number of examples of allegation of anti-competitive behavior on Amazon. David Barnett, the founder of PopSockets – the smart phone grips company – is one of the louder voices. Whether they are true or not. Amazon is a great case example of a trap into which many successful entrepreneurial companies stumble. They quickly find the scrappy behaviors that made them a success can come back to haunt you later.

As a small player, you benefit from the anticompetitive laws. This is how Big Tech takes control. Your large competitor will try to block you, but if they are playing by the rules, they are limited in what they can do. Most successful small entrepreneurs rightly exploit this advantage. But, therein lies their mistake. If you listen, they’ll tell you. It has a familiar ring: the old competitor was a dinosaur, and when we get big, we’ll never let that happen to us. When they follow through on that pledge, that’s when they get into trouble.

So, is Amazon Playing Fairly?

Well: is Amazon a monopoly?

I think there is a case to be made. It’s the dominate share of the e-retailing channel. It sets the rules. It competes with copycat Amazon branded products in some markets. So, yes, a case could be made that Amazon “control or advantage obtained by one entity over the commercial market in a specific area.”

Is it playing fairly with its small business partners?

This is what is up for debate. Without knowing details and the facts, it’s hard to make an educated assessment of the situation. Ultimately, this is up to the courts to decide.

Once you start to become the dominate player in the market, the strategies and tactics that made you a successful entrepreneur can be harmful or risky, now.